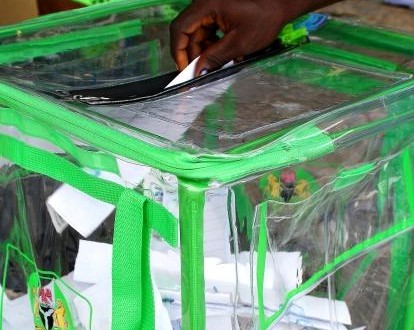 Three men, who allegedly snatched election materials during Saturday’s All Progressives Congress (APC) Ward Congress in Badagry, Lagos, on Monday appeared before a Yaba Chief Magistrates’ Court in the state.
The accused are Oke Sunday, 37; Epi Ajose, 45; and Raufu Tijani, 23.
The accused, who have no fixed addresses, are facing a two-count charge of conspiracy and breach of the peace
They, however, pleaded not guilty.
The prosecutor, ASP Roman Unuigbe, told the court that the accused and others still at large committed the offences at 11.30a.m. at Local Authority Primary School, Badagry.
The prosecutor said that the accused disrupted the election by snatching materials for its conduct.
Unuigbe said that Messrs Gusanu Paul and Abdullahi Bashiru reported the case at a police station.
The Chief Magistrate, Mr P.A. Ojo, granted each of the accused persons bail in the sum of N250,000 with two sureties each in like sum.
Ojo ordered that the sureties must reside within the court’s jurisdiction and be gainfully employed.
He also directed that the sureties should show evidence of three years’ tax payment to the Lagos State Government.
The case was adjourned until June 6 for hearing.