What You Need to Know About NCC’s Fee on Type Approved Devices, Short Codes 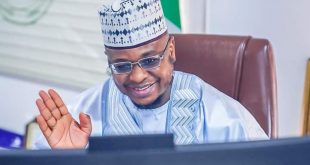 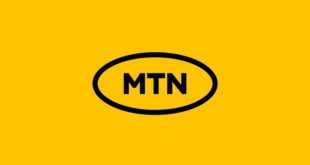 Sophos, a cyber-security firm has released the findings of its latest global survey, tagged ‘The IT Security Team: 2021 and Beyond,’ which showed how increased security challenges and cyber attacks during the pandemic offered IT teams in Nigeria and beyond, a unique opportunity to build their cyber-security expertise.

According to the report, the vast majority of IT teams in Nigeria that faced a rise in cyber-attacks of 87 per cent and a heavier security workload of 91 per cent, over the course of 2020, strengthened their security skills and knowledge.

The report revealed that despite the challenges created by the pandemic, 52 per cent p of the IT teams surveyed globally, said team morale increased during 2020.

The increase in cyber-attacks during the pandemic impacted Information Technology (IT) security skills across all industry sectors covered in the survey, including, at a global level, education at 83 per cent, retail at 85 per cent and healthcare at 80 per cent.

The survey polled 5,400 IT decision makers in mid-sized organisations in 30 countries across Europe, the Americas, Asia-Pacific and Central Asia, the Middle East, and Africa, Including Nigeria.

Analysing the report, Principal Research Scientist at Sophos, Chester Wisniewski, said: “Around the world, 2020 was an unprecedented year for IT teams. IT professionals played a vital role in helping organisations to keep going despite the restrictions and limitations necessitated by COVID-19. Among other things, they enabled education institutions to move learning online, retailers to switch to online transactions, healthcare organisations to deliver digital services and care under incredibly tough circumstances, and ensured public entities could continue to provide essential services.

“Much of this will have been done at high speed, with limited equipment and resources available and while facing a rising tide of cyber-attacks against the network, endpoints and employees. To say things were probably pretty stressful for most IT teams is an understatement.”

Wisniewski further said: “However, the survey shows that in many cases these challenges have created not just more highly skilled, but more motivated IT teams, ready to embrace an ambitious future.

“As a growing number of countries are able to start planning for life beyond pandemic restrictions, we have an excellent opportunity to implement new IT and security policies, adopt more secure modern tools to manage employees and operations beyond the IT perimeter, build expert teams that blend in-house and out-sourced talent, and introduce security platforms that combine intelligent automation with human threat hunting expertise. There is no going back. The future may be just as unprecedented as the past.”

The main findings of the report showed that, “Demands on IT teams increased as technology became the key enabler for dispersed and digital organisations. Overall IT workload, excluding security, increased for 66 per cent of IT teams, while 69 per cent experienced an increase in cyber-security workload.”

According to the report, the overall experience of 2020 enabled 82 per cent of IT teams to build their cyber-security skills and knowledge.

It is likely that much of this professional development will have been informal on-the-job learning, acquired as teams tackled new technology and security demands, often under intense pressure and remote from their normal place of work, the report added.