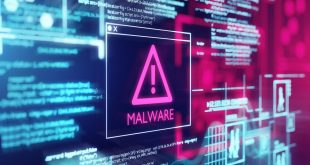 Interpol’s report says criminals’ exploitation of Africans’ growing reliance on mobile phones for banking and commerce has also led to alarming rises in fraud, extortion, terrorism and illegal wildlife trade. It urges a crackdown on organized crime’s ability to “exploit weaknesses in regulations and identification systems.”

“The evidence shows that criminals are already exploiting mobile money services in Africa,” said Acting Director of Operational Support and Analysis Cyril Gout for 194-nation Interpol, based in Lyon, France.

“The anonymity that these services too often allow and the technical nature of the industry also present a challenge to law enforcement in investigating and prosecuting these crimes,” he said in a statement. “This report emphasizes the need to act now.”

The 53-page report is part of Interpol’s three-year Project ENACT to combat organized crime in Africa, which now accounts for almost half of all registered mobile money accounts globally. By 2025, two-thirds of all people in sub-Saharan Africa are projected to be using smartphones, up from about two-fifths today.

Though mobile technology has helped transform global development by giving many poor, rural farmers and other business owners growing access to markets and cash, the weak and inconsistent systems used to verify user identities in a cash-based informal economy are posing tough challenges to law enforcement.

There are no standard IDs for the continent, making mobile money services vulnerable to crime. And courts are having a hard time integrating the technical know-how and equipment needed to finish investigations, according to Interpol.

“This prominent role in society has enabled criminals to exploit weaknesses in regulations and identification systems, further enabled by a lack of experience and resources in law enforcement,” the report says. “Such significant crimes pose a threat to stability and security across Africa if not addressed by member countries,” it added.

Edo State Governor, Godwin Obaseki has expressed his delight at the opportunity of working with …