Alibaba Cloud to Build Own Servers with New In-house Chip

The number of recorded electronic fraud (e-fraud) cases in the banking industry increased by 28 per cent last year, rising from 19,531 in 2016, to 25,043, resulting in a loss of N1.63 billion, the Central Bank of Nigeria (CBN) has said.
The apex bank stated this in its draft 2017 Annual Report released on Thursday.
The banking watchdog, however, noted that the number of actual losses declined by 24.0 per cent relative to that of 2016.
According to CBN, the attempted fraud value also declined last year, falling to N4.03 billion from N4.37 billion in 2016.Interestingly, the study stated that the volume and value of electronic payments last year “rose by 60.0 and 39.7 per cent to 1,478.5 million and N99,292.3 billion, respectively, compared with 941.8 million and N71,100 billion in 2016.”
“The rise was attributed to increased consumer awareness and confidence in e-payment channels,” it added.
Besides, the CBN disclosed that following tough measures it put in place to ensure that financial institutions desist from making deductions from their customers’ accounts through excess and unauthorised charges, the number of complaints received from consumers against financial institutions fell by 11.5 per cent, from 2,656 in 2016 to 2,349 in 2017, with claim value of N22.23 billion, $2.57 million and €6,940.00.
“Of this number, complaints against banks and other financial institutions (OFIs) accounted for 2,284 (97.2%) and 65 (2.8%), respectively, compared with 96.0 and 4.0 per cent in 2016,” the apex bank explained.
The complaints included Automated Teller Machine (ATM) dispense errors, based on use of debit/credit cards, excess charges, disputes on international trade guarantees, loans, unauthorised charges and account management issues.
The CBN revealed that following mediation meetings and other measures it facilitated to resolve complaints, 2,510 of such grievances were resolved and closed in 2017, compared with 2,085 in 2016, leading to financial institutions refunding N5.98 billion, $2.55 million and €6,940.00.
Similarly, the banking watchdog stated that refunds based on directives and recommendations from compliance examination was N7.86 billion, adding that it imposed sanctions on 17 banks for failure to comply with regulatory directives. 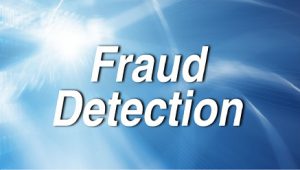 Besides, the CBN also disclosed that last year; it conducted two examinations to ensure compliance with the provisions in the Consumer Protection Regulations and the Guide to Bank Charges.
It explained that the first examination was focused on compliance with previous post-examination directives, resolution of outstanding complaints, insurance charges on facilities; alignment of internal policies with provisions of the Consumer Protection Framework; and debits on dormant accounts, among others.
“Overall, the exercise revealed the following compliance levels in each focus area: previous post-examination directives (52.6%); resolution of outstanding complaints (26.2%); 2.0 per cent maximum cap on lending fees (50.0%); insurance charges on facilities (66.7%); and debits on dormant account (42.1%).
“Compliance levels, in respect of the focus areas for the second examination, were: previous post-examination directives (62.0%); resolution of outstanding complaints (24.6%); charges on debit cards (91.0%); and charge on status enquiries at the instance of customer (52.0%).”

Fast rising property development company, Eystone Development, has taken another step in the fulfillment of …